Twenty years from now we’ll be looking back thinking how inefficient we were shipping redundancies back and forth across the oceans. Everything from beer to hair gel, which contains mostly water, has been transported by boat, truck or even airplane before we bury its container in a landfill.

We know those days must come to an end.

But even recycling is a small step in the grand scheme of things. Both new and recycled packaging need to be produced, shipped, used and then transported to a recycling center where it is sorted and (maybe) reused as raw material for the next container. That’s still a lot of energy resources used in the process.

The days of the milkman are long gone, but the act of exchanging reusable containers is making a reemergence.
Companies like Procter & Gamble are already preparing for a future where standardized containers are used and returned locally. Products like liquid soap concentrates will have water added to them only after they arrive at your door.
This is progress, and it isn’t going to stop there.
Packaging waste is coming to a head. The fact that China is no longer accepting our trash is making it keenly obvious to officials that we need to act on our waste issue. Whether state governments ban plastic bags or not, the reusable & exchangeable movement is becoming mainstream.
This benefits local producers the same if not more than large corporations due to the efficiencies it brings as networks of producers in hyperlocal economy expand and leverage each other.

Alcohol, especially beer, being shipped in from all over is one of those things we’ll look back on and see how unnecessary it was. Thanks to the explosion of microbreweries, the need to buy national or imported beer is falling by the wayside. Local brews are usually delicious, fun to explore and support the local economy.
If you’re like me, it took a while to break the habit of always going for what the standard was (for me, Heineken). Now it’s the local brew just as it was a thousand years ago,and something just feels right about that.

Forward thinking breweries are exchanging growlers with their take-home customers, bringing them in on a recurring basis as part of their weekly or monthly routine.
Local growers are increasingly focusing on a few select herbs & turning them into speciality spirits. 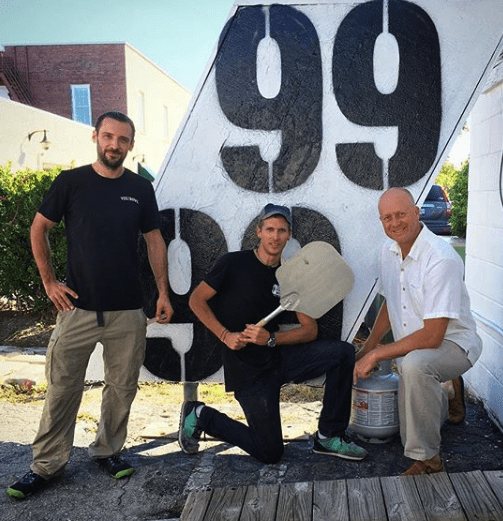 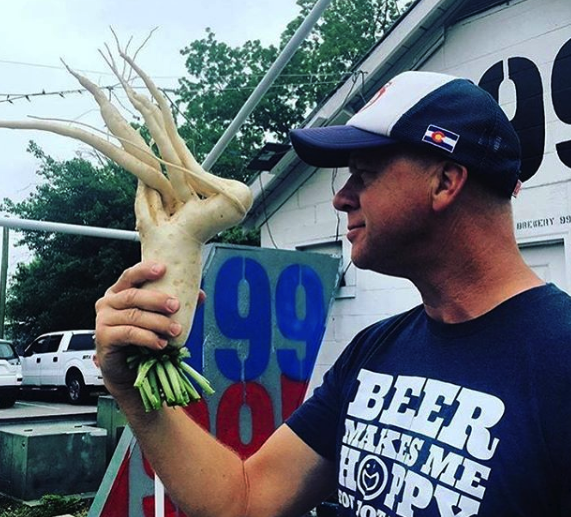 Check out Brewery 99 of New Bern, NC (IG) who have weekly flavored casks and a loyal following who drink up any flavor they put out. Their limited hours of 4-10pm Friday & Saturday nights leave owner Pete with a local brewery focusing on quality, not volume, which also lends to a well designed lifestyle business.

There has been quite a bit of growth in the small batch production of local spirits in the many states that have the laws (or lack thereof) to allow it. This has meant the widespread availability of hard liquor that we can build businesses around. Farmers growing herbs, flowers, microgreens and the like allow for a new type of infusion of bartenders and farmers. That's really just the beginning though.
In the world of farm fusion, we want to take value-added to the next level. We can certainly grow herbs for bars and restaurants and make recommendations on how to use them. We've found that MOST bartenders don't know the first thing about how to use flowers or herbs.
This creates a wonderful opportunity for farmers to provide specialty herbs along with value added simple syrups, tinctures, basically anything that can highlight a craft cocktail, or to even make a recommendation of a entire drink. Maybe the name of the drink can even feature the name of your farm!
Check out Seed to Shaker (IG) in New Bern, NC, incubated out of our Craven Local Food Market kitchen.

So we won’t be growing coffee locally anytime soon, but some things are untouchable as far as sacrifices go. We want a better future, not anarchy, so we need to find a balance. Things like coffee and spices need to be sourced globally for the foreseeable future. I think we can all agree we have to be OK with that.
Some speciality products were sent across oceans thousands of years before the industrial revolution, and for good reason. Even though coffee beans only grow in certain parts of the world, it doesn’t mean coffee shouldn’t be roasted locally instead of thousands of miles and months before its needed.
Roasting locally improves the shelf life and flavor of coffee while making the industry more resilient as a whole. Local roasters are increasingly working with single origin farms on the other side of the planet. They are still able to create a wide range of flavor profiles too. The connections made possible through the internet should be leveraged to provide one of the few things we can’t live without in the best way we reasonably can expect. 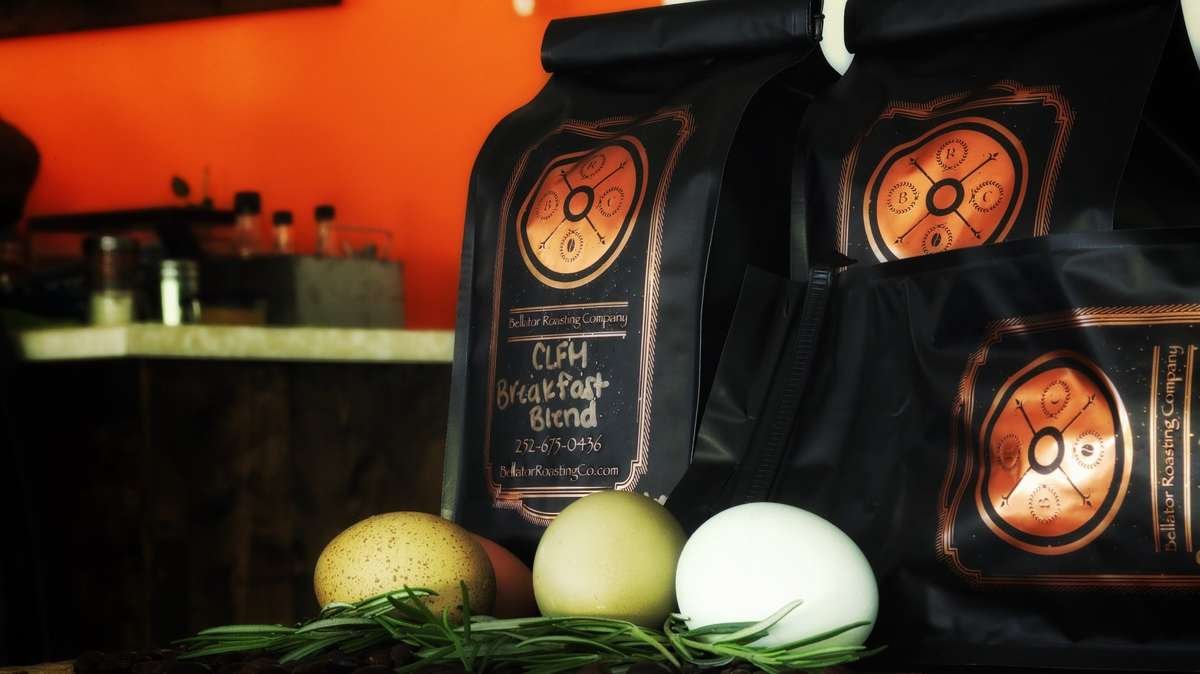 Check out Bellator Coffee Roasting Co. of New Bern, NC (IG) whose strongest point is the variety of flavors available online 24/7 and at the local shops and market.
This veteran owned business has been bootstrapping it the whole day. Local laws permitted these guys to get started inside of their house, and are now just expanding into a more commercial type setting as the business has grown to the point where it has paid for itself.

In the food industry, you’d be hard pressed to find a higher margin item than specialty drinks. Most establishments rely on drink margins to keep their entire business profitable.
Focusing only on drinks allows for a small, focused start that can have very low starting capital costs. Tea infusions or soda’s made from homemade simple syrups are basically as simple as starting a lemonade stand.

The farm can be super small too. With just a 2’x4’ footprint, all kinds of business models can be developed. This is explored most through Seed to Shaker, but just imagine what can be done by growing wheatgrass for juicing or herbs for a speciality craft cocktails. 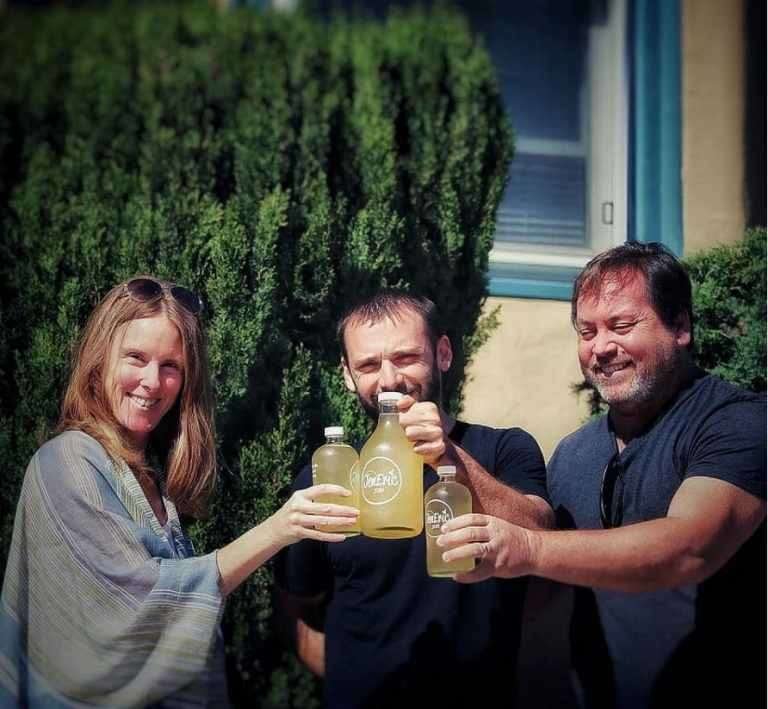 Check out JenEric Foods of San Deigo, CA, whose flagship product is the Jun Kombucha made with local honey.
Check out the podcasts we did with Jen and Eric of JenEric Kombucha:

Taking a locally grown product, maybe your own, and turning it into a consumable ready for the mass market, like a salad, taco or even a bowl of ramen, is reaching people in the way they want to be. It’s leveraging supply chain efficiencies that can compete on cost, convenience, health benefits and environmental impact. It’s what we’re doing in New Bern, North Carolina at the Craven Local Food Market (IG) and through our Veg2Bowl meal subscription service.

We grow as much as we can, source from other local farms, and fill in the rest as we have to in order to prep entire meals for our customers. Breakfast, lunch, dinner, snacks and drinks. We’re by no means perfect when it comes to getting everything local, but we've made lots of progress as we realize had to start somewhere.
The subscription service can be described as a locally grown, fully prepared version of Blue Apron that is delivered weekly to the community. Since everything is done locally, the meals don’t need to be shipped in plastic bags by the ingredient. They come fully cooked either in compostable boxes or jars that are exchanged.
By crafting weekly menus based on what’s available locally first, we then go to the world of spices and preparations to create a variety of seasonal offerings through our food & drink creations.

Check out Craven Local Food Market (IG) our meal subscription service I run with my friends Cait & Joe of LittlexLittle Farm in Ernul, NC
We've been documenting the process of starting the subscription service, to opening the cafe, to mostly closing the cafe. Follow along with our evolution as it happened on our podcast:

How to Start A Subscription Lunch Club

Protecting the Queen Bee of your Business

The explosion of entrepreneurship in the microbrew beer industry will be nothing compared to what will be seen in hemp.
The bioavailability of hemp provides endless possibilities for those wanting to create new formulations and categories of products using this renewable resource.
Hemp excels in many environments, so it’s not hard to imagine hemp not needing to travel more than a few hundred miles to be turned into various building materials, clothing, paper, plastic, bedding, oils, lotions & even pet food at faster rates as the regulatory barriers are removed.

There are many new hemp farms out there, but this is only just the beginning. Just like any new industry, there will be a boom & bust and then an evening out, but those that continue to adapt and innovate will be in a strong position to be producers for a wide array of human needs.

These products are currently dominated by global conglomerates, yet there are small local producers just about everywhere you turn. As locally made shops and delivery hubs proliferate, hygiene products like soap will be an ever-expanding option to the people who don’t make it to the weekend markets or specialty shops.
Using goats, cows or any other animal you can sustainably harvest milk from, you'll be able to create an endless variety of bath and body care products for your community. 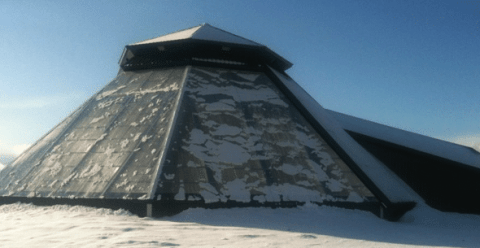 The future is moving towards wind and solar farms creating energy used locally. These types of businesses are so capital intensive, as energy is very complex and expensive. Still, instead of moving trillions of barrels of oil across the seas and our roadways, changes are ahead when it comes to localized energy production and consumption.

If we get a little esoteric and acknowledge that bioavailable nutrients and microbes are a form of life energy needed to grow complete plants, then the opportunity to provide those things to farmers in the form of compost & nutrients made from the local mycology will be abundant in soil and soilless environments.
Check out the Green Power House featurured in the film The Need to Grow, which is the best example we've seen of a sustainable solution that regenerates our soils while providing localized energy.

We hope to meet the founder of this innovative technology, Michael Smith, in 2021.

Whether you are a grower, producer, neither or both, there is room for everyone to get involved. We don’t need mega-corporations owning global supply chains. We know that way of doing business isn’t secure or sustainable.

So again, where there are gaps, there are opportunities.
The opportunity is here to evolve ourselves into a new future of food and agriculture, while creating better lives and communities in the process.

What opportunities have sparked your interest?

Business Models for an Urban Homestead

Reaching the Modern Consumer in the Hyperlocal Future of Agriculture

Fusing the Farm & Bar Industry with a Special Event